The Bryde’s whale is the species of baleen whale more often observed in Tenerife Island. They feed mostly on small school of fish such as anchovies and trumpeters. They are solitary animals but we can see them in pairs (mom and calf) quite often.
This species of baleen whale can be confused with others such as fin whale or sei whale (because of its size and coloration) but the Bryde’s whale has three parallel ridges on the top of its head while the others have just one.
Is the only species of baleen whale that spends the whole year in tropical and subtropical areas (16 °C or more) this means that we have chance to see them in Tenerife all year long! 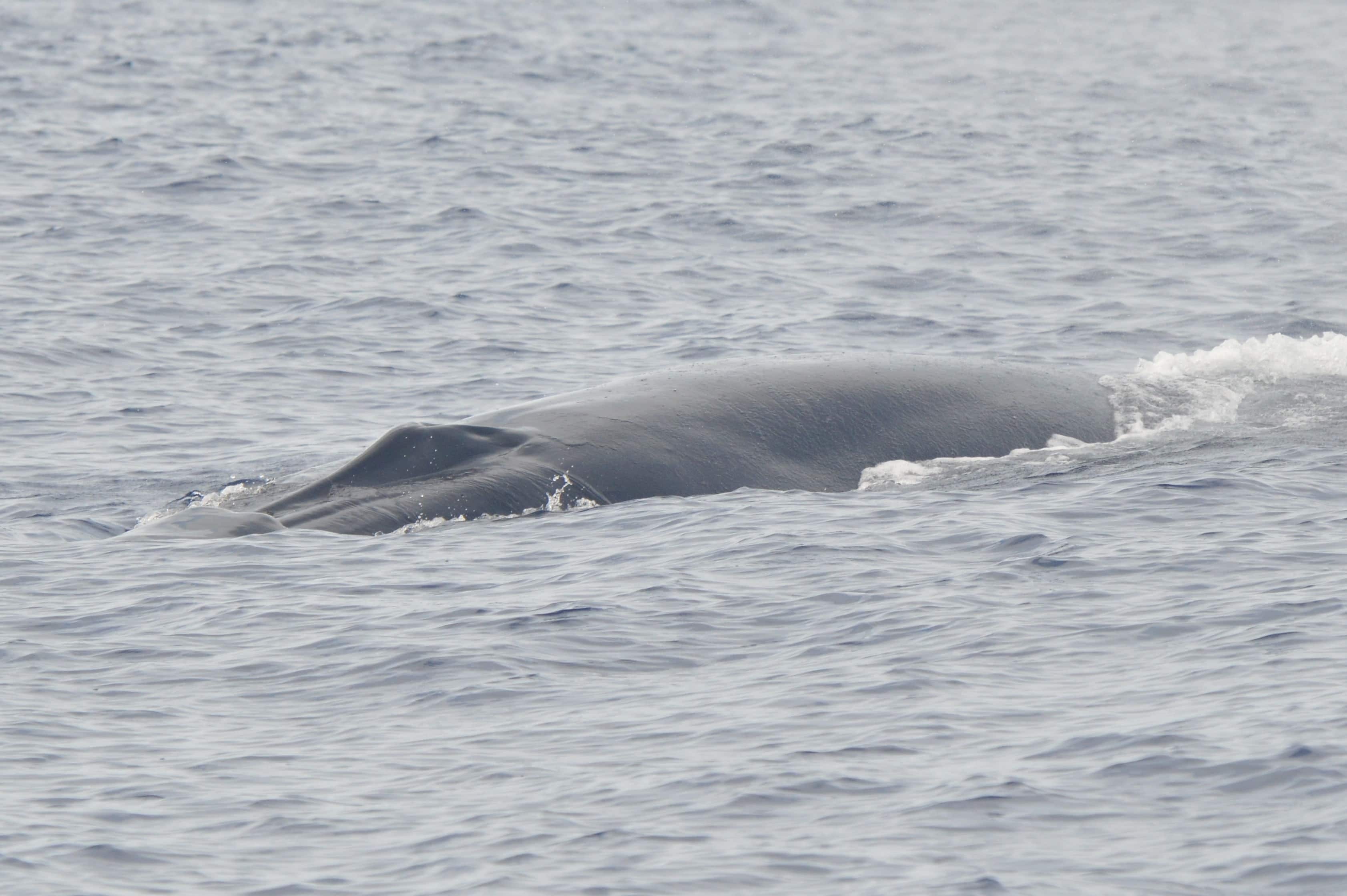